Shailendra Singh is quite the character. The founder of Goa’s Sunburn festival, he’s also a Bombay socialite who’s financed a string of Bollywood movies and is the author of alternate self-help guide [email protected] Knows, a self-help book modelled on Singh’s own life story, and based on the idea that it’s absolutely OK to feel a bit directionless in life.

While partying at Sunburn festival late last year, inthemix caught up with Singh to glean some life advice, find out how he’s built the festival into a major international event with bigtime headliners, and what’s ahead for the dance music scene in India: a country of one billion people, with a massive population of middle-class, university-educated kids under 25 that have a bit of spare cash and love to party…

Sunburn Festival has now been running for eight years. During that time, India itself has risen to the world stage as the ‘next big thing’. How has Sunburn itself evolved?

What’s changed most is the ongoing consumer engagement. That’s a new concept in India. India is about fads. We like instant coffee, we don’t like brewed coffee. We want everything quickly. So with dance music, there’s a balance, as everywhere with those that came here for the fad, versus those that came here for the music. As with so many mainstream festivals, the fad vs genuine music lovers is about 80:20 percent, which is dangerous when the fad risks dying. That’s particularly true of electronic music. So what we’ve done here is created a brand, an experience. Indians are emotional people, so we need to create an idea, a concept of a lifestyle. Now, we feel we’ve managed to do this with Sunburn.

What’s been the most challenging part of getting the festival to where it is today?

Permissions and licences. We’ve only been a democracy for 60 years, so every day we’re learning. We have to attain something like 165 different permissions. But, in India we have the phrase “If it can fit, it can go”. We know this works. It always runs.

You’ve got some 85,000 people at Sunburn year on year now…do you foresee India being a new proving ground for international festivals?

Absolutely – I think it’s important that international partners find a very strong local partner. I don’t think any foreigner can come and survive in India without one. India is China but with an English speaking audience and a complex democracy; we speak English, but business is still complex. We’re in talks with a few people we like. For Indians business is about relationships, personalities, bonding. By 2016, I can confirm we’re going to bring in an international festival. It’s not a luxury; it’s a necessity for the Indian market.

You’ve got the youngest population on the planet; are we going to see an overnight generation of Indian producers?

In the mainstream? Not yet. Look at sport. Everybody needs one big icon. Things become popular when you have champions or poster boys for it. India’s had a huge problem of creating icons. We’re a country that lacks in self-belief, so we have big ideas, we have history, creativity, culture, tradition, but we don’t have the balls to go for it. It’s tough. It’s not an easy journey.

What about emerging, ‘underground’ acts?

Oh yeah, they’re out there. I’ve been in talks with Armada about this. There’s a huge amount of independent producers who are working their way in slowly. Paul Oakenfeld had a great moment regarding this. He was talking backstage to me about how he has an Indian producer releasing on his label in the next few days, when he was interrupted by a young Indian guy who introduced himself as that very producer! We need those success stories. We’re working on it. We’ve got a box office stage here highlighting DJ competition winners, and we do a university campus tour where local Indian DJs play to several thousand people. 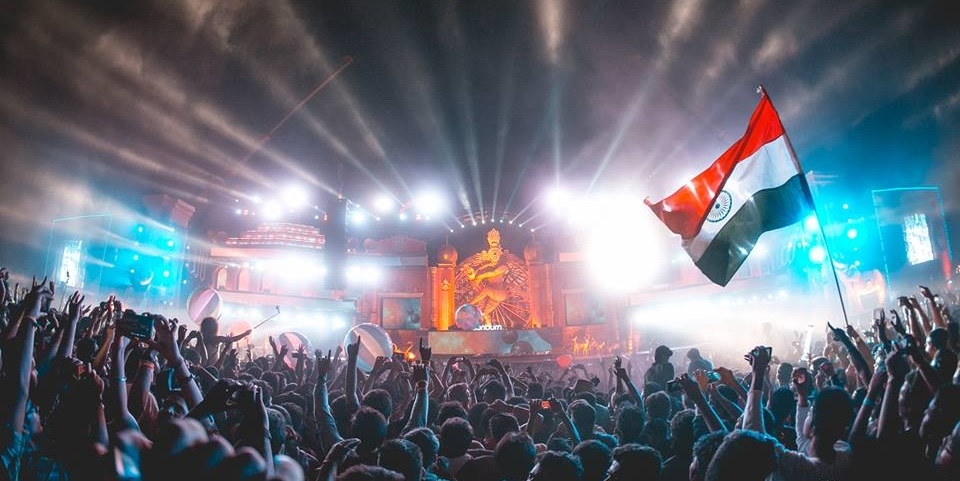 What does the future hold for Sunburn?

I didn’t travel to a single other festival in the first five years of Sunburn, and I did that intentionally, because I felt the only way Sunburn could be a truly international festival is if it had its own DNA that’s not influenced by any other festival. We did it on our own. 50% experience, 50% music. The future is going to be an extension of that formula. On the music side, line-ups will continue evolving and expanding. On the experience side, if you look at the main stage design, you’ll see we’re dying to propagate our history and culture and creativity with international technology-culture.

So Sunburn’s looking as a brand to be a mixture of Indian elegance and international technology. Next year we’re doing a black Taj Mahal, because there was meant to be two Taj Mahal, but Shah Jahan died. Sunburn up until now has been crazy. We build the whole site in 20 days – this next installation we’re building will take six months. It’s about making the brand part of the new Indian heritage.

Finally, we read in your book ‘[email protected] Knows’ that you don’t actually own a computer…

That’s true. I didn’t have a phone either until I was landed with this piece of crap my son gave me… I press K, it offers me J, ‘do you really want K?’ I’ve never sent an email in my life. I can’t print boarding passes; at airports, it gets embarrassing.