If you know Mr Oizo, you know Flat Beat. Released way back in 1999, the track launched Oizo’s career, hit #1 on the charts around Europe and the UK, gave us an iconic clip and is at least partly responsible for kicking electro-house into life. It’s up there with the most recognisable tracks in dance music. And yet, one pair of producers thought they could get away with a cheeky rip-off.

On January 26, Italian duo Nari and Milani will release a track called Triangle through Sander van Doorn’s label DOORN Records. While the track isn’t yet available in full, last week the label uploaded a two-minute teaser version – which is all the time you’ll need to realise that Triangle and Flat Beat are almost identical. And people have noticed.

“It’s like the same project file imo,” DJ Gary Flux tweeted at Oizo himself, who confirmed that he’s “not ok” with it, while collaborator Boys Noize backed him up. Over on Nari and Milani’s Facebook page and the Doorn Records page, fans have also called the Italians out on the similarities. As yet, neither the label nor Nari and Milani have commented on the reception to Triangle. So for now, you’ll have to make up your own mind below. 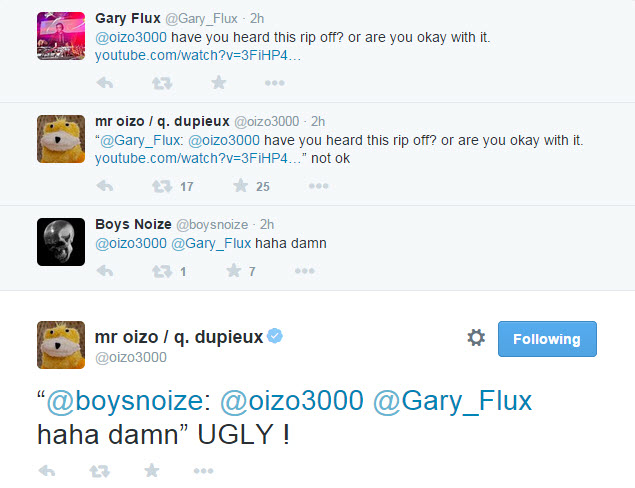