Local tastemaking-tourers fünf launched their boutique party HOLEANDCORNER last June with a huge line-up of house and techno talent topped by the ever-evolving Matthew Dear, the emotive Henry Saiz and the always-fun Hot Chip DJs, taking over Melbourne’s Shed 14 (as well as a boat) and Sydney’s stalwart Home for two big dates.

Today, the festival announced that it’ll be back this year, taking over an as-yet-unnamed venue in Melbourne on Saturday 19 December (no word yet on whether it’ll return to Sydney) with a first release line-up of house and techno royalty, both local and international.

The venue is set to be announced on 4 November, although the organisers are promising “a new bespoke space that will be transformed into the type of visceral, otherworldly urban habitat that made last year’s party so special.” Tickets go on sale next Tuesday 27 October at the official website, and you can get more info at the Facebook page, or scroll down to check out the poster and line-up announce video. [Article image via Around The Way] 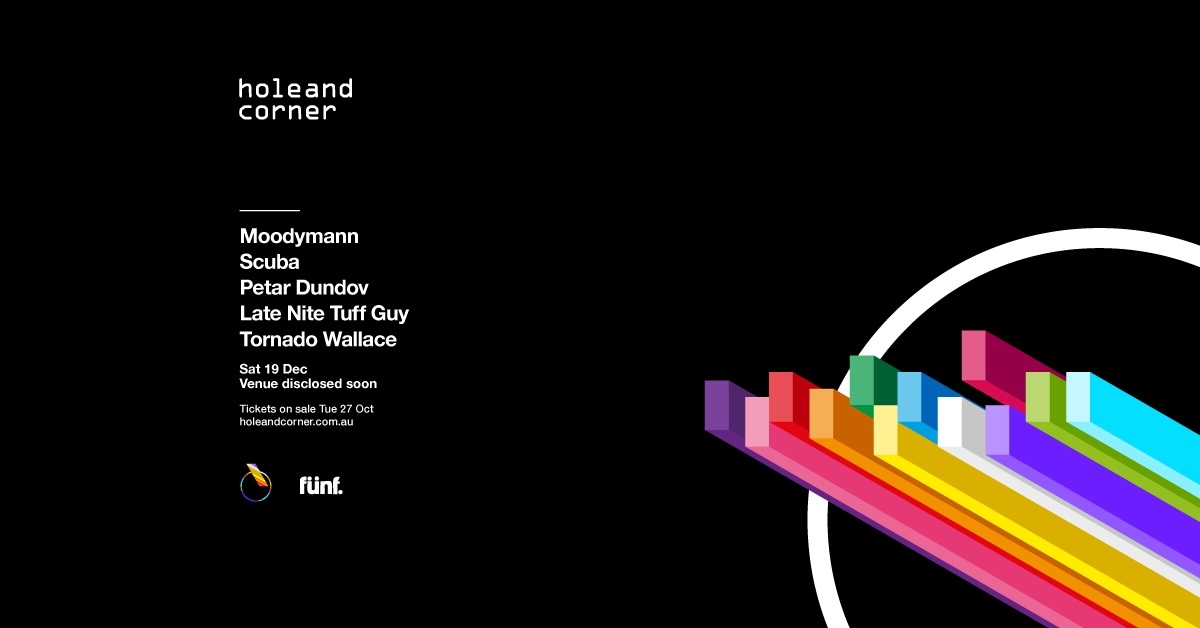