Sydney’s everywhere-man Andrew Levins DJed for 21 hours over the course of three-days the weekend before inthemix spoke with him. As one half of the team behind the best rap party in the southern hemisphere, Halfway Crooks, he’s a busy and familiar sight around Sydney’s parties and festivals, whether on the decks or photobombing official photographers (as documented on his website).

You may also know him as the former founder and head chef of The Dip, Goodgod’s now-sadly-closed restaurant focusing on his unique interpretations of American food. On the subject of food, you might even have known him as the former editor of Sydney culture site Two Thousand, and the man responsible for exhaustively reviewing Pizza Hut’s Vegemite-stuffed crust pizza and every dumb new idea McDonald’s has; or from one of his million other gigs, like stints as an FBi Radio presenter, or MCing events like the annual inthemix Awards.

More seriously, there’s Heaps Decent, the initiative he helped create with superstar producer Diplo and Nina Las Vegas, that provides opportunities for young musicians and those from marginalised and disadvantaged communities, by running music programs in schools and juvenile detention centres around Australia. Oh yeah, and a little while ago he became a dad. How does he manage to do it all at once? We managed to sneak a few minutes on the phone with the very busy multi-tasker to talk passion projects, having an impact and value of comedy in food writing.

What was the main inspiration for you to start music charity Heaps Decent?

It stemmed from the first time Diplo toured Australia: he was surprised that he couldn’t find Australian music that wasn’t made by a white Australian, compared to the situation in America. He wondered out loud to me a few times about why there wasn’t an Indigenous music presence in the clubs of Australia.

So the next time he came out, we decided to create an opportunity for him to make music with that community, so we organised some workshops up in the Northern Territory and at a Juvenile Justice Centre in Wagga Wagga. We did a week there making music at this jail for minors – Nina, Diplo and I – and after Nina and I realised it was such an incredible experience and the kids we worked with got so much out of it, that it wasn’t going to be difficult for us to get the resources together to do this more often.

From there, we started doing workshops with different communities around Australia, getting different artists involved. It’s gotten to the point now where we have two part-time staff and between three and ten workshops a week; a group of Heaps Decent facilitators, including Nina, have gone to Alice Springs in the past week. Our aim is to always go to places we can return to and create sustainable projects there.

What was the biggest obstacle when you were getting it started?

Obviously money and resources were big ones, but the biggest one was not having come from the charity world, or a world that works with incarcerated young people or people from disadvantaged situations, learning the ins and outs of how to work in that world – working one on one with a young person who doesn’t necessarily trust you, and working to get their trust. In those early years, having none of that kind of experience whatsoever, that was definitely a problem that we faced – and it was also the most satisfying outcome from those workshops.

For me, it’s not even about the work that comes out – it’s about being there and helping people to make something that they’re proud of; I don’t even care if anyone else hears the music. It’s about them in that moment expressing themselves through music and being happy with that.

What’s coming up in the near future for Heaps Decent?

We’ve just started reaching outside NSW to the Northern Territory, and started visiting there a few times a year. We have regular workshops in NSW that we’re going to continue doing, and we just put out our first actual release this year, a guy called Ravin, which I’m really proud of, he’s been getting a lot of play on triple j Unearthed and hopefully some festival slots over the summer. He’s originally from Sydney but he now lives in Brisbane – we met him through different workshops that we do and he got on really well with one of our facilitators, Adam Bozzetto, who is one of the producers in wordlife, and the two of them have made a full EP.

We’ve never really been able to push an artist before because we do so much work in schools and juvenile detention centres and there are rules related to releasing their names so you can put their music out. It’s always a big collaboration so it’s difficult to push that music out. It’s really exciting to be able to push somebody who we think is really great.

Is that something you want to do more of?

Personally it’s definitely something I would love for sure, and I think it’s an incredible thing for Heaps Decent to be involved in doing. We exist to further the careers of young artists who love hip-hop and don’t really have the resources they need to make that hip-hop. The fact that we’re able to provide it for this young dude and give him his chance to shine, that’s exactly what Heaps Decent is all about. 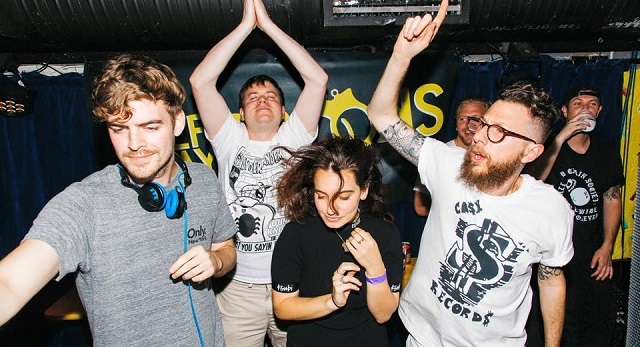 Tell me about DJing for 21 hours last weekend. How many sessions is that?

I was DJing at Tokyo Sing Song in Newtown on Friday and Saturday night – I do the really late slot there sometimes and did 11 till 4.30 both nights – and then DJing at the Beach Road in Bondi for a few hours before that on the Friday. And then on Sunday with One Day Sunday, which is a big party that the One Day guys put on in Marrickville. And then finally I put on a party at Goodgod on Sunday night, and so I DJed for about four hours at that too.

Moving onto your former restaurant project, what made you want to open The Dip?

I guess it was having a shared love of food with my wife and wanting to do something together. We wanted to give ourselves a challenge, and we were really inspired by what Jimmy and Hana achieved with Goodgod Small Club. Up until then I didn’t have many friends who’d done something so big and taken such a massive risk that paid off – we were really inspired by that. They had a free kitchen space and we said, ‘why not do something new?’

You were really ahead of that curve of bringing American-style food to Australians because it seems like that’s everywhere now.

Yeah. And I feel like there was a real heart behind it. All the dishes were food that we loved to eat. There are a considerable amount of venues that do that American-style food really well now but there’s a large amount of cynicism to some of the menus, they’ve almost jumped on the bandwagon. A lot of pubs, they don’t do schnitzels anymore, they do pulled-pork sandwiches, this bastardised version of this fantastic dish which unfortunately is very hard to get in Sydney, but that’s just the way something works. As soon as something’s popular a lot of people try their hardest to ape it.

You certainly put your own spin on it.

Especially when you name things after yourself on the menu. One of the main hot dogs was called “the Lev Dog”. 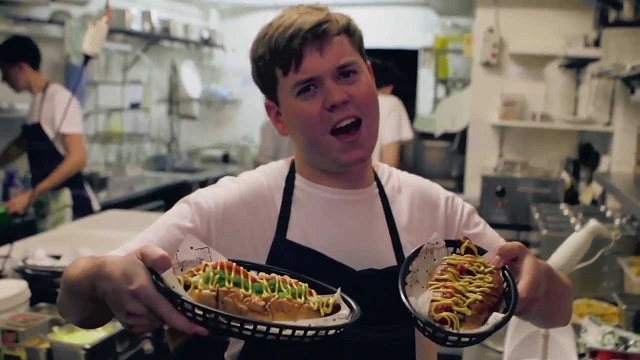 Do you miss it though, running your own restaurant?

I miss parts of it but I do not miss other parts of it at all. It was fun, though, I’m very proud of the three-and-a-bit years we were open and what we were able to bring to Sydney. It was cool.

Going back to being a diner instead of a chef, you get to eat for a living basically.

It’s fun doing a lot of food reviews now and being recognised by other food writers who used to write about my venue. ‘Oh cool, you should actually come and write for this place now’. I’ll be writing for a lot of people this year, which is exciting for me. Prove my writing chops. Really the challenge is to not make lewd jokes in all my reviews, which Two Thousand allow but I don’t think the more established places will allow.

The last thing I’ll ask you, when you were a kid and people asked what you wanted to be when you grew up, was your answer anything like a DJ slash chef slash editor slash event organiser slash…

Can you imagine if me as an eight-year-old was like “Oh, I want to be a slashie!” No one wants to be a fucking slashie but unfortunately that’s the term that lazy people give you when you do too many things. I think I always just wanted to do what I love doing and I’m definitely doing that now.