How to run the underground club scene in Shanghai

In the part of Shanghai formerly known as The French Concession, Australian producer and DJ Reggie Ba-Pe runs a nightclub called Arkham. While Shanghai has a thriving mainstream club scene where the obscenely wealthy can sit at private tables popping champagne corks and pointedly not dancing, it also has an underground scene personified by places literally built underground like Arkham, which sits 10 metres below the street, and The Shelter, which is housed in a former bomb shelter. The Shelter’s a small space, though, while Arkham is sprawling, with four bars and a huge dancefloor.

Reggie’s touring agency, Sonically Transmitted Disease, has brought acts including Peaches, Joey Bada$$, Boys Noize, Ratatat, Simian Mobile Disco, Yuksek, Tricky, Nosaj Thing and plenty more to Shanghai, helping to build an alternative nightlife that runs at a smaller scale, but is nonetheless vibrant and thriving. inthemix caught up with Reggie to find out why he thinks Shanghai’s underground club scene is one of the best in the world.

When did you first travel to Shanghai, and what was the club scene like at that time?

It was barely existent. In 2007, you’d be hard pressed every month to find one or two shows at most to check out. There just wasn’t a unified scene or venues to host many underground parties.

“Shanghai has this amazing vibe to it.”

What was the first year of running Arkham like?

It was exciting, terrifying and challenging. I guess all the factors you’d usually come across when starting any kind of big project. The climate for doing an underground club in China isn’t particularly welcoming so there was a lot of swimming upstream. However, we believed in our concept, our abilities and the energy we could bring so there was always something we were reaching for that felt very tangible.

What makes your club different to Shanghai’s other clubs?

There are very few clubs in Shanghai that are literally underground. We are basically located 10 metres underground next to a military barracks. Location aside, Arkham really pulls itself away from the rest of Shanghai with its energy and amount of quality shows. Last year we did everything from Peaches, Maelstrom, Sampology, Joey Bada$$, Theophilius London, Trash Talk, Sunglitters, Benji B, and dozens of other amazing international DJs. We have a very clear mindset about the kind of music we want to bring in. The thing is that it’s based more on the quality of the show than anything else. Arkham shows should be an experience and not just another place that has speakers and a DJ booth. 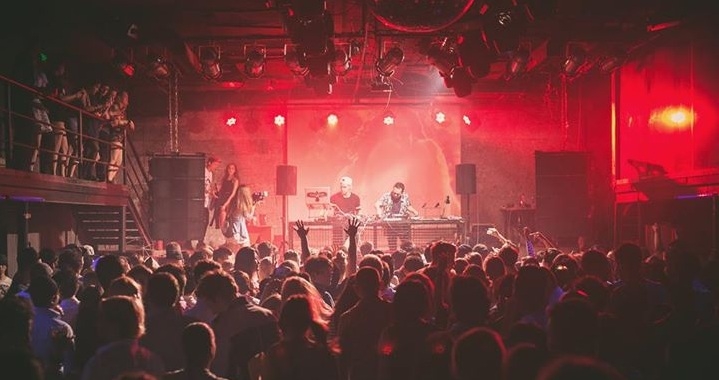 By the way, is it named after Arkham Asylum from the Batman comics or the city of Arkham, Massachusetts, from H. P. Lovecraft’s stories?

I think you’re the first person to bring up Lovecraft! I’m a big Lovecraft fan and I think his influence definitely swayed me into coining Arkham, more than Batman.

How do you see other Shanghai clubs like The Shelter and Dada – is there rivalry?

No, there’s no rivalry. We have all been friends for many, many years and I have a great deal of respect for what both of those venues have done. The owners of The Shelter and Dada along with myself have been in this a long time, even before our venues existed. It’s one of the nice things about the alternative scene in Shanghai, people are all fighting for the same things.

How much of the crowd at Arkham is foreigners and how much is locals?

I think that really depends on the show. I’d have to say we have a more predominately Chinese crowd than most clubs in our bracket. We put a lot of emphasis on connecting local kids to music. Growing the youth culture here was always a top priority from the start. 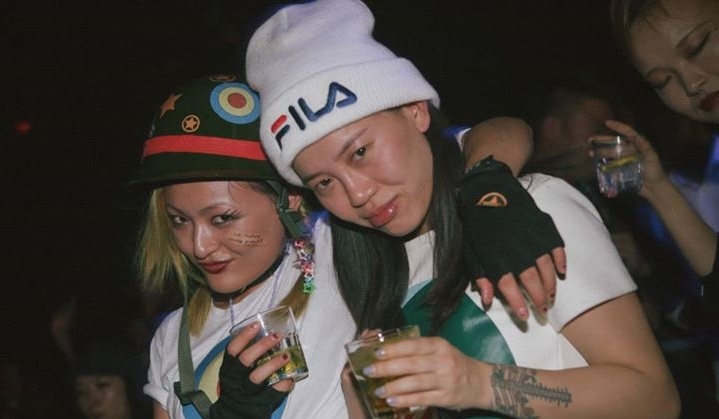 Who is the biggest act you’ve ever booked, and how did you pull it off?

We just did AlunaGeorge a few weeks ago. Awesome people and stellar show. I’d have to say that I pulled it off by having a great team behind the scenes.

Who is your favourite DJ you’ve brought to Shanghai?

That’s a really tough one. I’ve really enjoyed every DJ we’ve had in Arkham. If I had to single one out it might be… Shigeto – although he did live drums and sampling. In any case, he fucking kills it.

How different is the scene in Shanghai now to when you started?

Almost unrecognisable. I’ve partied in many places around the world and I have to say that Shanghai has this amazing organic, no-bullshit vibe to it. People don’t go out thinking they’re “all that” and actually enjoy the music, making friends and the experience of having a good time. It’s amazing to be able to contribute to these people’s lives and hopefully we can continue to.