What happens when two internationally adored label heads, producers and DJs link up on a single track? In the case of Anja Schneider’s remix/dub of Nicole Moudaber’s “Give Me Body,” dropping August 12 on Moudaber’s own MOOD Records: slinky after-hours anticipation with an effortless groove. Take an exclusive first listen below.

Moudaber runs the newly launched MOOD, while Schneider is the co-founder of the prolific and revered Mobilee, which has kicked off the careers of favorite underground names like Sebo K and Pan Pot. Both handle A&R while making and releasing their own tracks, so hearing their own tastes expressed together on “Give Me Body” is special indeed.

“A couple of years ago, I released an EP on [Anja’s] label Leena Music, an offshoot of Mobilee,” Moudaber said, speaking to us from Ibiza. “I respect what she does and I just wanted her to be involved in the label, and she said ‘Yes’ straight away.” Moudaber had also called out Schneider as “her favorite DJ” in a recent ResidentAdvisor feature, saying, “Not only is she an amazing artist, but also a great entrepreneur. I practically have every single record she’s produced.”

On her aptly categorized “remix/dub,” Schneider takes Moudaber’s sensual and throbbing original cut and turns it into a lilting house hit. It builds slowly, before bursting into six minutes of head-nodding and restrained production. “I tried to bring my groove and Anja flavor to the track but not lose the original dark vibe and techno attitude of Nicole,” Schneider told us via email. “It was a big challenge to combine all the ingredients for a great track.”

Techno powerhouse Moudaber is having one hell of a summer. She’s in the midst of a cluster of European dates, including a MOOD Records party at Ibiza’s Sands Beach Club this Wednesday, where a host of luminaries will join her, including Schneider, Alan Fitzpatrick, Just Be (a U.K. acid house producer and recent MOOD Records signing) and New York legend Danny Tenaglia. And she’s up for a DJ Award in the Techno category, alongside a who’s-who of the genre including Carl Cox, Richie Hawtin and Sven Vath.

“I mean, I’m not betting on winning this one, to be honest,” she said, laughing. “It’s very rewarding to be nominated, and it’s very rewarding for your work to be recognized by the top players of this industry, So if I don’t win it next year, then maybe the following year. Who knows? Anything can happen.” 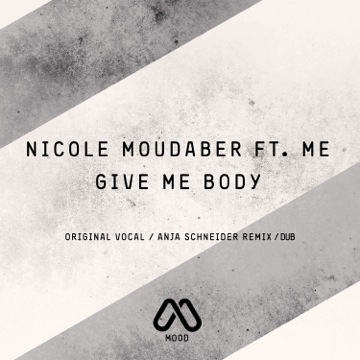