Diplo, What So Not and Crookers team up for Stereosonic sideshow

Late last night, the lid was officially lifted on all of Stereosonic’s 2014 sideshows. We already knew that the likes of Tiesto, Cedric Gervais and Laidback Luke would be manning solo shows but now, we’ve been given one hell of a triple-header: Diplo, What So Not and Crookers are teaming up to handle one huge night at Home Nightclub.

This Thursday night, the trio of respective superstars will be hitting Home for the venue’s inaugural ‘Biggest Party Ever’ show. They’ll be joined by a long list of solid locals – A-Tonez, Branco and Young Butter Among them – and first release tickets have already sold out, so you better move fast if you want to grab one of the remaining tickets.

Diplo, What So Not and Crookers have all just ticked off the first weekend of Stereosonic’s epic 2014 tour in Sydney and Perth, with Melbourne, Brisbane and Adelaide still to come this week. 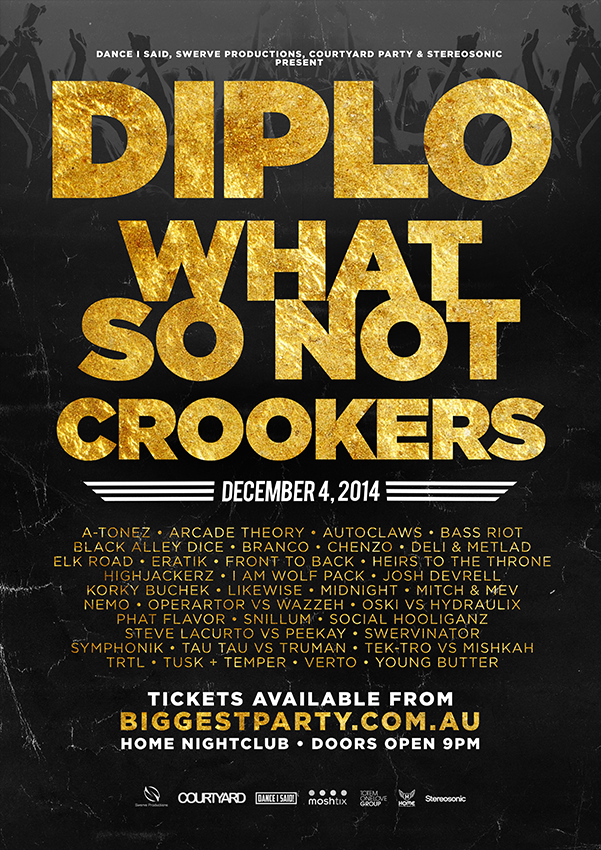