Every ITMer would have a horror story of a club show or festival set that went hilariously badly. Haywiring equipment, wildly inappropriate warm-up sets, empty dancefloors, wasted DJs, wasted stage invaders: we’ve all shared the strange fascination of a disaster gig. But how do the performers feel when everything goes awry? After all, they’re the ones with all the eyes on them.

Over the last couple of months, we’ve been getting on the phone to a stack of artists with summer tours on the way. Whenever we could, we’ve put the ‘disaster gig’ question to them. Aside from a few “err, sometimes the monitors don’t work” clunkers, there were plenty of good stories to tell. In fact, there might even be a part two to this feature.

In the meantime, though, you can enjoy these tales of misfortune from The Aston Shuffle, Claude VonStroke, Pretty Lights, Tensnake, Markus Schulz, The Scissor Sisters and Sub Focus. 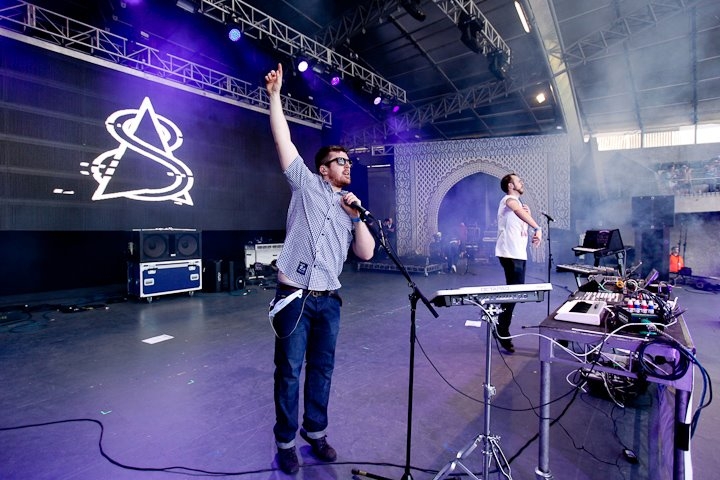 “I remember we were playing Parklife a few years back and we were on after A-Trak and that put me really on edge because I really like that guy and the mainstage was just rammed! There would’ve been about ten to fifteen thousand people there dancing, man.

When I was setting up our gear I forgot to plug in our laptop with our Serato on it so about three quarters into our set Vance’s laptop totally powered down in the middle of a song. We had 15,000 kids just screaming at us! We literally had to run backstage and get a power cable, plug it in, boot it up and start over again. It would’ve taken about two or three minutes to do, but it felt like forever. After that the sound guy came up to us and said to blame it on him. So I got on the mic and was like, ‘Oh, fuckin’ sound guy! What a dickhead!’ and the crowd just cheered. That was so awesome of him to do for us.

I heard this great story about Mr Oizo playing at a club in Adelaide and it was like the last stop of his tour here so he decided to do some acid on the night. He was apparently tripping out of his mind while he was DJing and he had these two champagne bottles in his hands and he popped them both and one of the corks flew straight into this girl’s eye! She was full on crying and had this huge, swollen eye and Oizo’s just there laughing his arse off, saying ‘fuck your eye!’ like some evil villain.”