Behind the scenes at Mysteryland

This article is part of a new series of Music Tour City Guides put together with our partner Miller – for more inside info on clubbing in Amsterdam, visit the Miller Music Tour’s Amsterdam Hub.

For anyone who attended last year’s Mysteryland in Amsterdam, there was an intriguing reason to climb to the top of the highest peak of the Voormalig Floriade, the gorgeous rolling plains less than half an hour from the city’s centre that have hosted the iconic event for the past decade. Those brave enough to explore the mysterious concrete bunker that was on top of the hill were treated to an intriguing peek into the party’s 20-year legacy – and the birthplace of Amsterdam’s strong clubbing culture.

At the foot of the hill was the mighty Q-dance arena, a huge stage big enough to host 20,000 punters, usually with the production to match: last year, it took the form of a menacing Chinese dragon with smoke billowing out its mouth, and this year a spectacular 3D ‘head’ flanked by a menacing array of speakers. The dance-floor stretches back to the hill, which is itself a spectacular formation, with colourful flags circling its slopes like giant bunting. It was somehow carved by Dutch farmers into a pyramid formation, and the vault perched on its peak was labeled intriguingly on the Mysteryland map with a simple, mysterious ”?”. What could it be?

Once you’re admitted through the vault’s menacing doors, it’s a sweaty room with brick walls and incredibly low ceilings, and feels like the sort of place you’d bunker down for the apocalypse. It turns out it’s the Thunderdome arena, the brand that revels in the aggressive sounds of hardcore and gabba; the sounds that launched ID&T in the early ‘90s. While Mysteryland is one of the events that helped set the template for the multi-genre, spectacle-heavy EDM festivals now happening all over the world, the unforgiving atmosphere and 150+ BPMs of the bunker are actually where the party found its beginnings in 1993.

Dutch co-founder Irfan van Ewijk (the ‘I’ in ID&T), who helped alongside Duncan Stutterheim to steer the company to international glory from its modest beginnings in 1992, spoke with inthemix about how their beloved Mysteryland has evolved over the years.

“We actually went from ‘fuck it all’ to ‘love it all’,” he laughed. “We’ve changed a lot. We started off as a promoter of hardcore events, and on a musical level it was intense. It was mostly focused on a very young, masculine and energetic crowd… It was really quite radical.” 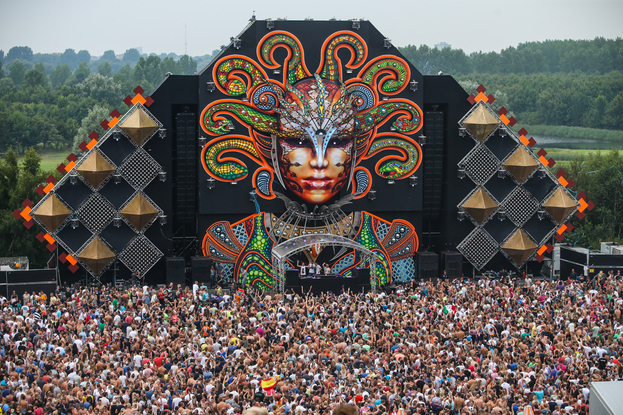 The first major shift in the history of Mysteryland came a decade after ID&T’s first event. “In 2002, we stepped away from it all to become very varied. In doing this, we initially dropped off from 40,000 visitors to 16,000 visitors, but we didn’t compromise the production side at all. We had a kickass lineup with a lot of variety, and 40 different areas I believe.

“It was in a totally different area, but it was close to Amsterdam because we believed we needed to be close to the heart of dance culture in Holland. And that event really did represent the re-launch of Mysteryland. We went from a hardcore event that went across the day and night, into a day event that had multiple musical elements, and was also much more focused on the creative and cultural incentives. And we haven’t wavered from that direction ever since.”