Above & Beyond just announced their biggest Australian show yet

If you’ve got plans for September 26, now would be a good time to cancel them. Trance trio Above & Beyond have just announced that they’re headed back our way to broadcast the 150th episode of their Group Therapy radio show live from Sydney’s Allphones Arena this Spring, and it’s set to be epic.

The whole band – Jono, Tony and Paavo – will be making the trip out for what’s to be their biggest Australian headline show to date. “After ringing in the New Year with our Australian fans we knew this was the right place to celebrate our biggest show of the year,” the group’s Paavo SiljamÃ¤ki said in a press release. The September show will be the first time Above & Beyond have brought the annual ABGT radio celebration to the Southern Hemisphere.

If you want to be there, your best bet is to sign up here to access the presale. Register before April 29 and you’ll be sent a link giving you the chance to secure your spot two hours before general tickets go up for grabs. (We don’t need to remind you that A&B’s last Australian show sold out almost instantly.) So, how’s that for good news? Check out the teaser video and poster below. 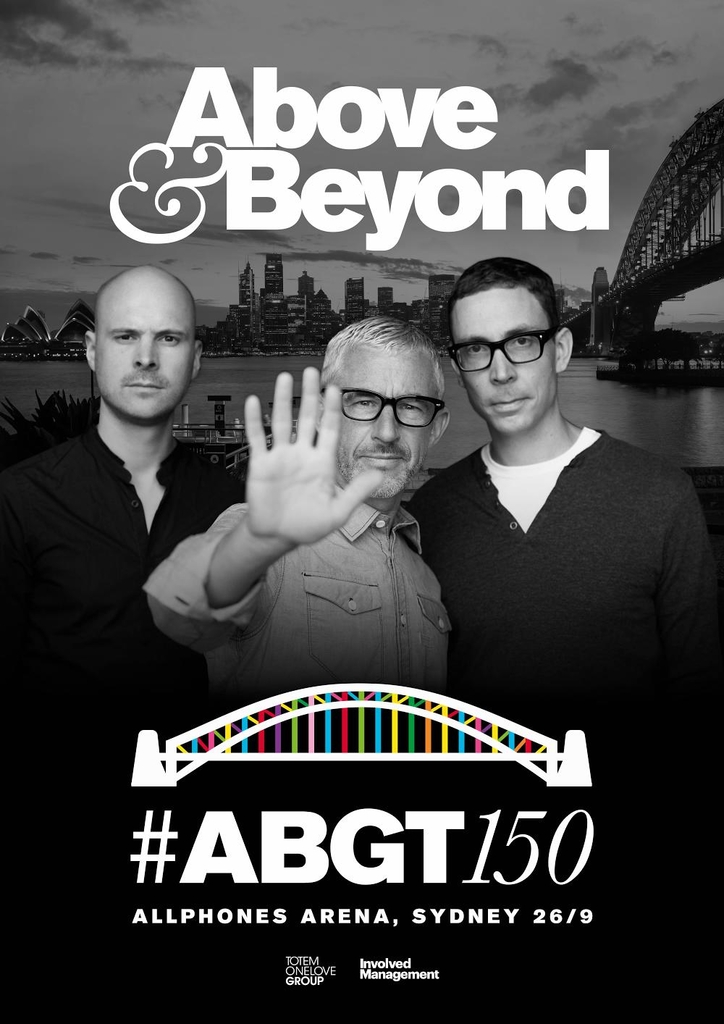