Above & Beyond announce a second massive Sydney party

Trance titans Above & Beyond are heading to Sydney and Melbourne later this month for their biggest shows yet on Australian soil, with the full three-piece group hitting the Sydney Myer Music Bowl and Allphones Arena on September 25 and 26 (more details here).

And for Sydneysiders who can’t get enough Above & Beyond, there’s more good news; the trio has just announced a second Sydney party celebrating their soulful and emotive-leaning sublabel Anjunadeep: the first Anjunadeep party to hit Australian shores.

It all goes down the day after the trio broadcasts the 150th episode of their Group Therapy radio show live from Sydney’s Allphones Arena. The Anjunadeep #ABGT150 After-Party takes over Ivy between 4 and 10pm on Sunday 27 September, with Above & Beyond playing a rare deep set alongside Anjunadeep boss James Grant and label stars Grum and Lane 8.

Tickets go on sale from midday this Friday 4 September at Moshtix and you’d be well advised to grab them quickly; scroll down for more details on the poster below. 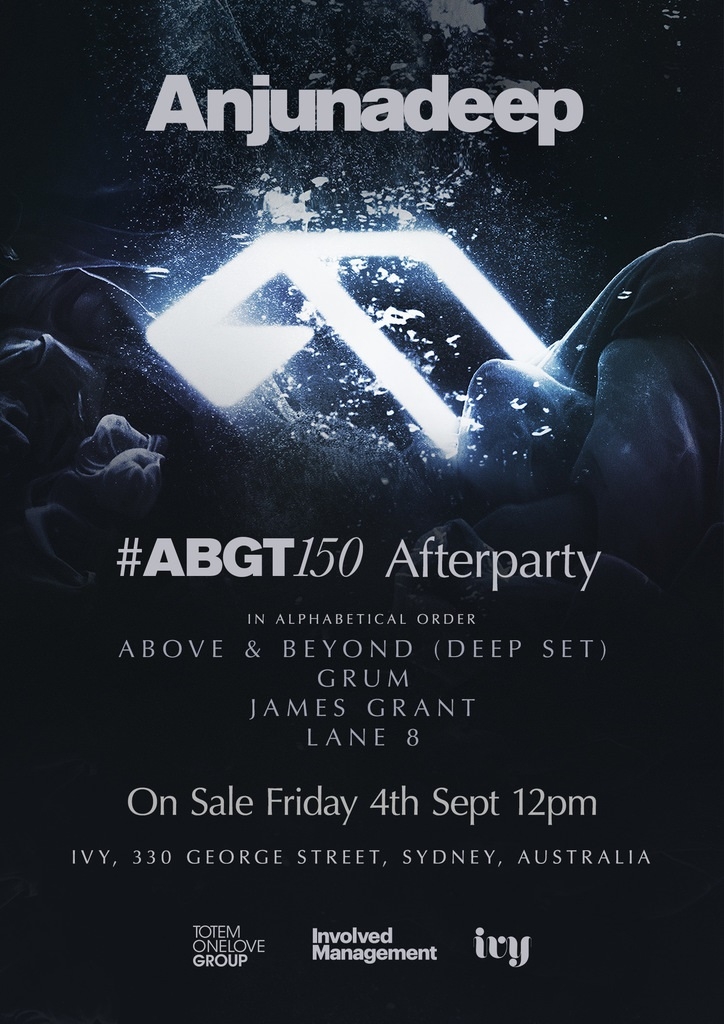