5 reasons we were “living the dream” at Harbourlife 2013

A few Saturdays ago, Sydneysiders turned out for the tenth edition of the much-loved Harbourlife, super-promoter Fuzzy’s annual start-of-summer shindig. That decade has seen a few downs – notably a cancellation in 2011 – but mostly ups, with one impressive line-up after another gracing the stage with the million-dollar foreshore view for a relatively small crowd. With sparkling weather (though an early thundershower was narrowly avoided) and a line-up including Carl Craig, Moodymann and David August, this year’s installment did not fail to live up to the Harbourlife legacy. Here are five things that stood out on the day. 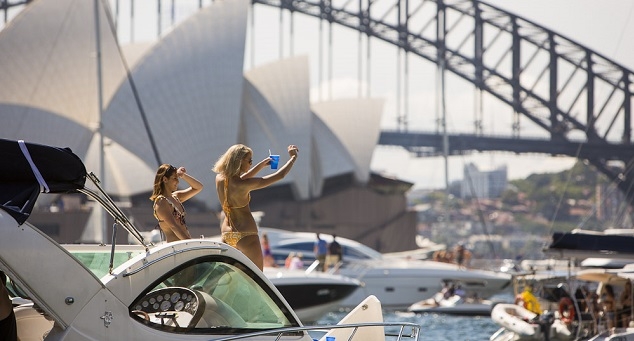 Is there a better urban concert or festival venue in the world than the Fleet Steps at Sydney’s Botanic Gardens? As Flume (who rocked Harbourlife last year) reminded me recently, Australians have it lucky. On a gorgeous Saturday arvo in November, with the sundrenched foreshore set off by the sparkling gold-and-sapphire waters of the harbour, the white-flecked blue sky overhead, the Opera House and Harbour Bridge crowning the cityscape and the lush foliage of the Botanic Gardens looming all around, it really doesn’t get any better. Unless it’s sunset. We’re living the dream, people. Just add a few world-class DJs and maybe a frosty beverage or two.

(And wow, did the clever and organised nautical types who partied in private groups on all manner of watercraft in Farm Cove, fully within earshot of the event’s big speaker stacks, look like they were having fun. Not that we can condone crashing the party without a ticket. But – handpicking the folks you’re grooving with, avoiding steep concession prices and long queues for dodgy toilets, grilling your food at leisure while digging the tunes, surrounding yourself with attractive friends in their cossies, jumping into the harbour and having a swim to cool off whenever the mood strikes – way to make the rest of us feel like suckers, guys.) 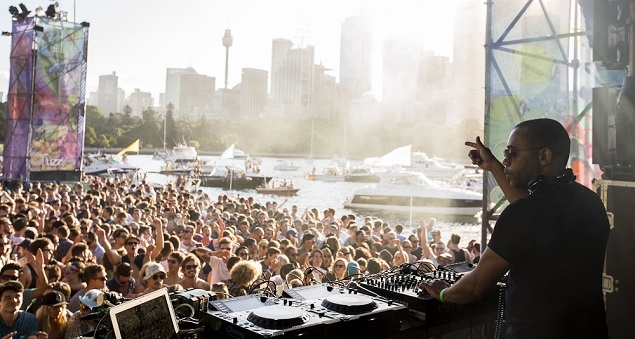 Once again Harbourlife had a house-heavy roster – providing a welcome counterpoint to the predominance of harder, faster stuff on most other festivals’ main stages. In fact, Fuzzy’s John Wall told inthemix last year that to him, Harbourlife means “house music all day long…and no, I’m definitely not talking commercial EDM here!” Todd Terje, DJ Sneak, Derrick Carter and Mark Farina are among the house champions who’ve graced the decks for editions past. Maybe the magical setting, Australia’s rather convincing answer to the Balearics, demands a deeper and funkier vibe; or maybe it’s that house is now smashing the charts – but this year was no exception. Moodymann brought his soul- and jazz-infused inner-city house vibe; Carl Craig pumped his signature brand of elegant tech-funk; and David August got way deep with his dramatic, string-saturated slow and low excursions at sunset. More house love of a tech and acid nature (mixed with straight techno and indie) was dispensed by after-dark closing acts Art Department and Jacques Lu Cont. Is Harbourlife an anomaly? Will the singlet- and Daisy Dukes-clad set embrace any sound or tempo as long as it has some kick? Or is house here to stay (yet again)? Not to be biased, but your intrepid househead correspondent hopes it’s the latter. 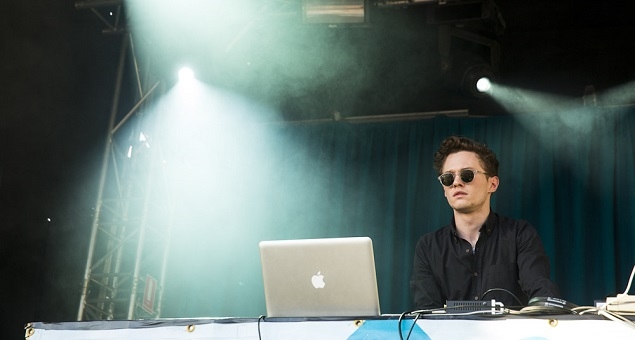 From the versions of ‘70s classics dropped by Moodymann (who was rocking the militant vibe with a black bandana covering his face) including Isaac Hayes’ Ike’s Rap II and Patrice Rushen’s Haven’t You Heard; to the simmering disco groove that’s always an undercurrent to C2’s Detroit stylings; to David August’s debt to the Eurodisco of his native Hamburg; to native son Touch Sensitive’s ‘80s electro-boogie influence (expressed in a killer live set that included the man himself on slap bass), one of the common threads of the day was the primacy of that primal sound that’s harder and harder to avoid anymore – and which, among other things, allowed Daft Punk and Nile Rodgers to conquer the world this year. 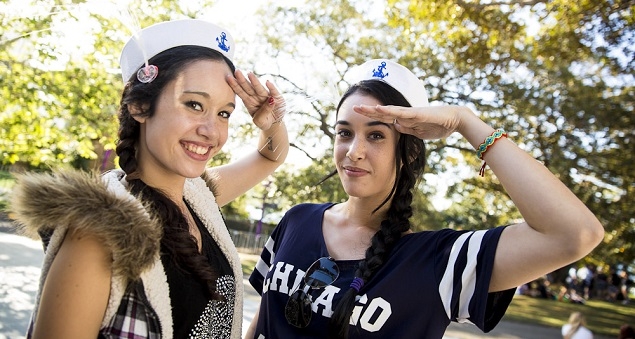 If you’re working a festival, no doubt it’s a challenge to deal with teeming masses of revelers – many of them shirtless, loud and more than a little pumped up. However all of the staff members, or at least the ones we came across, from the security guards to the bartenders to the girls in the sailor hats who took our tickets – were super professional, helpful and even friendly. It made the day that much better. Kudos to Fuzzy for having an excellent crew and a resulting smooth operation. 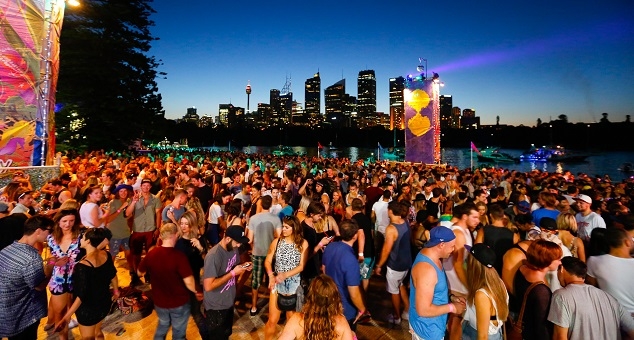 #1 It’s not easy being green

Speaking of operations, Fuzzy and/or its drink sponsors had an excellent plan to encourage recycling at this year’s Harbourlife. One dollar of the price of each beverage was itemised as a recycling deposit – and, though expensive of course, the total price didn’t seem any worse than the norm for any festival. Punters could then get that buck taken off the price of their next drink if they took their empty can to a recycling station and claimed a discount ticket. Sounds like a win, right? So why weren’t more people doing it? Looking around, there were empties all over the place – thousands of dollars worth of free drinks just lying around. It made your intrepid correspondent thirsty. Is it because leaving the Fleet Steps and battling the crowds back to the top of the cliff to the one recycling station was too much trouble? Is it because some people just refuse to recycle even if it’s to their advantage? Either way we hope the kinks get ironed out of the system and this is a sign of green things to come.