Pristine beaches, sweeping mountain ranges, scorching deserts: the world has some incredible natural dancefloors. As the Northern summer approaches, we went roaming to find some of the world’s most unique festival locations.

Some festivals with one-of-a-kind settings, like Germany’s Melt Festival at the open-air museum of industrial machinery Ferropolis or the Kazantip marathon on the shores of the Black Sea, were covered in our 25 Festivals To Discover Before You Die. The destinations here range from the gargantuan and internationally name-checked to the intimate and exclusive. All of them, though, have an epic backdrop to the party. 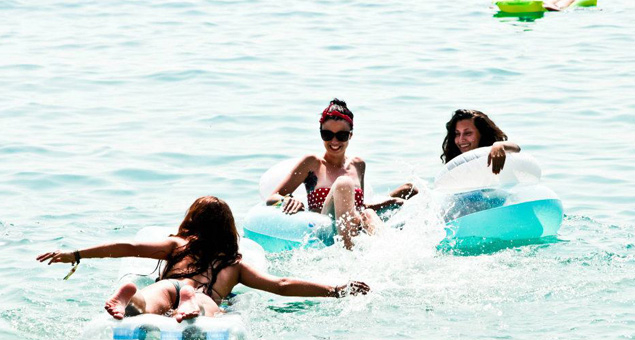 With its promise of postcard-perfect beaches, sun-soaked days and long, balmy nights, Croatia’s one of the world’s most desirable festival destinations. Throughout summer, there’s an enviable party happening every weekend. One boutique-sized festival that makes the most of Croatia’s natural beauty is Echo, which will stretch across four days and nights on the Adriatic coast this June.

The line-up is built to match the surrounds, with house and techno authorities like Andres, Fred P, Magda, Redshape, Delano Smith, Kassem Mosse and Space Dimension Controller playing in the sunshine and under the stars. Then there’s the distinguished drum & bass contingent led by Marcus Intalex. (Tickets are just Â£65, too.) As compelling as the line-up is, Echo’s defined by its “personal vibe” and the fact that you’re never far from a head-clearing plunge into sparkling water. Sign us up. 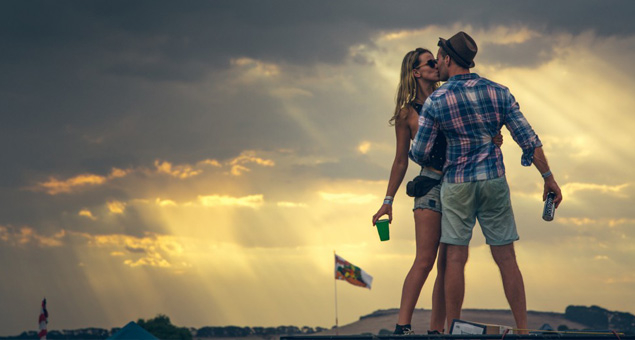 The Meredith Supernatural Amphitheatre, home to Golden Plains and its older sister Meredith Music Festival, has a near-mythic reputation. Australia’s not short of picturesque locations perfect for festivals – Perth’s Belvoir Amphitheatre, for example, is up there with the best – and you’ll only need to experience one Golden Plains to be smitten.

The Supernatural Amphitheatre is set on a private farm in rural Victoria, flanked by eucalyptus trees and rolling views of surrounding bushland. With just one stage where all the music happens, Golden Plains consistently provides those tingly sunset moments. After midnight, the blissful middle-of-nowhere dancing continues courtesy of acts like Mount Kimbie, Gaslamp Killer, Julio Bashmore, Moodymann and Seekae. In 2012, the 12am slot went to disco untouchable Nile Rodgers and his hits-machine Chic. If there’s a better way to party under the stars at the tail-end of an Australian summer, we’d like to see it.

WHERE: The Meredith Supernatural Amphitheatre, Victoria

As his acolytes will tell you, musical tastemakers don’t come much more distinguished than Gilles Peterson. He also knows how to pick a great spot for a party. Each summer, the DJ curates his Worldwide Festival in the port of SÃ¨te on the French Mediterranean coast. For 51 weeks of the year, SÃ¨te’s an idyllic fishing town built around a network of canals, but when Gilles visits, he brings the cavalry.

From the beach to the open-air ThéÃ¢tre de la Mer on the water’s edge to the labyrinthine streets, Worldwide makes the best of its location. The line-up is in good hands, too. In 2013, Four Tet and Floating Points will be right here, Todd Terje and Dark Sky perform against the backdrop of a shipyard, and there’s five days of beach parties under the Mediterranean sun. As Gilles Peterson himself puts it, Worldwide’s “a festival on a human scale”.

WHERE: The small fishing town of SÃ¨te, South of France 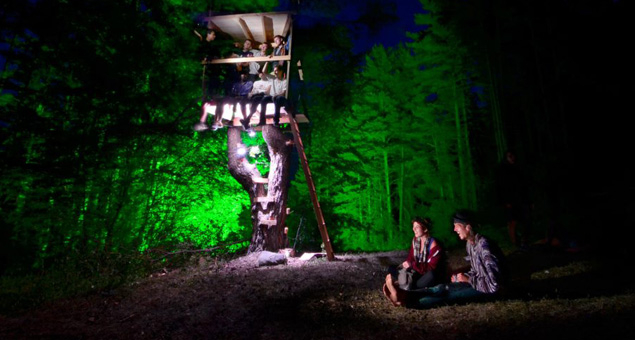 #12 Meadows In The Mountains Festival, Bulgaria

Want to wander off the beaten path on your next festival adventure? Welcome to the rabbit hole that is Meadows In The Mountains. Set in the Rhodope Mountains near Bulgaria’s Greek border, this intimate gathering is surrounded by stunning scenery. As you can see in the video below, this isn’t your regular rave-in-a-carpark proposition. You climb high into the mountains with an assorted cast of friendly freaks, pass horse-drawn carts in the sunshine and arrive at an idyll stacked with Funktion-One speaker rigs.

After setting up camp in the nearby meadows, it’s a Choose Your Own Adventure. The acts run from live bands to after-dark DJs, and dancefloors don’t come more scenic. This year’s cast of characters includes Wolf + Lamb’s Gadi Mizrahi as Baby Prince, German deep houser Moomin, London four-piece Mt Wolf and Amsterdam-based Rush Hour Records recruit San Proper, to highlight just a few. The festival itself probably says it best. Meadows In The Mountains is “three days of the freshest, most underground, most magical music, complemented by the most scenic, breathtaking Bulgarian backgrounds”. 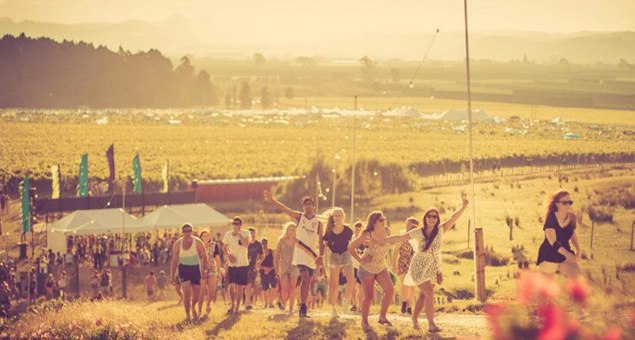 Tired of your regular New Year’s Eve routine? Here’s an idea: book a flight to New Zealand and make a beeline for Waiohika Estate in Gisborne. There you’ll find spectacular sunsets, panoramic views, acres of grass to stretch out on…and a camping festival called Rhythm and Vines. From its humble beginnings for 1,800 people on a family vineyard, the three-day party marathon now attracts over 30,000 campers from around the world.

Once you’re settled in at Waiohika Estate, Rhythm and Vines moves at full velocity towards the New Year. In the lead-up to 2013, the mainstage heaved with Netsky, Knife Party, Breakbot and Chase & Status, while over at Red Bull Music Academy’s corner you could soak up Hudson Mohawke and Frank Booker. Party in the natural beauty of New Zealand wine country and you’ll never want to do an indoor New Year’s again. (If you’re looking for another unique festival location to trek to, the festival’s offshoot Rhythm and Alps happens under N.Z.’s beautiful Southern Alps.)