10 things we discovered during our secret Tomorrowland tour

The gates of Tomorrowland just opened in the town of Boom, Belgium, allowing 60,000 eager dance fans to see the storied festival for the first time. But ITM was one of few who were able to tour the grounds last night. Armed only with our camera phone and our wits, here’s what we uncovered.

The Main Stage is a Volcano

…and yes, it will erupt. With a giant mountain in the center and two babies alongside it, the massive structure is a triumph of both size and detail. Goddess faces peer down at you from the sides, CO2 cannons are embedded throughout, and there are even waterfalls. Built-in trellises and other nooks and crannies act as the coolest dancer platforms ever. You first see Mount Saint Raver after climbing a hill and turning a corner, which might make it the most OMG-inducing Main Stage reveal we’ve yet seen. 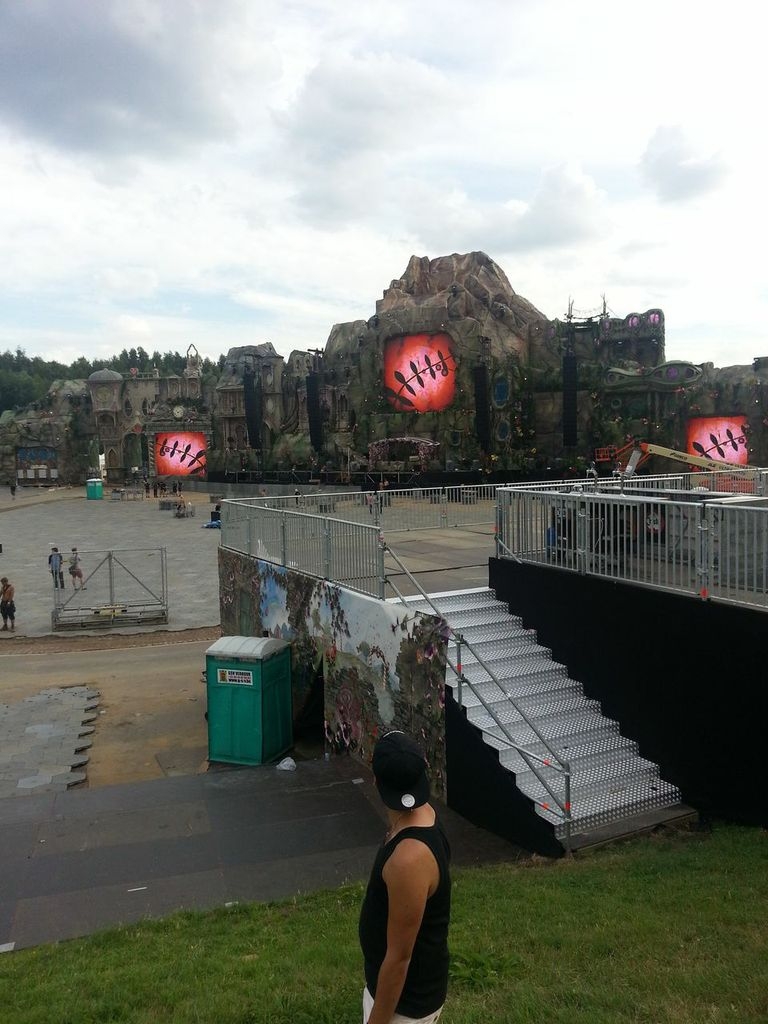 Down a narrow manhole behind the stage lies a secret world. For the first time this year, the Tomorrowland team dug and finished a tunnel running all the way under the stage to the tech booth, over 100 feet and several thousand people away (at the festival’s height). For now, it houses all the cables for the stage, including electrical, water (for the waterfall!), sound, and everything else – which means dancers won’t trip over them, making it safer for everybody. These guys think of everything. But in the future, the tech teams whispers to us, it could be used for amazing DJ disappearing acts: Now he’s on the stage – now he’s all the way back there! Incredible. 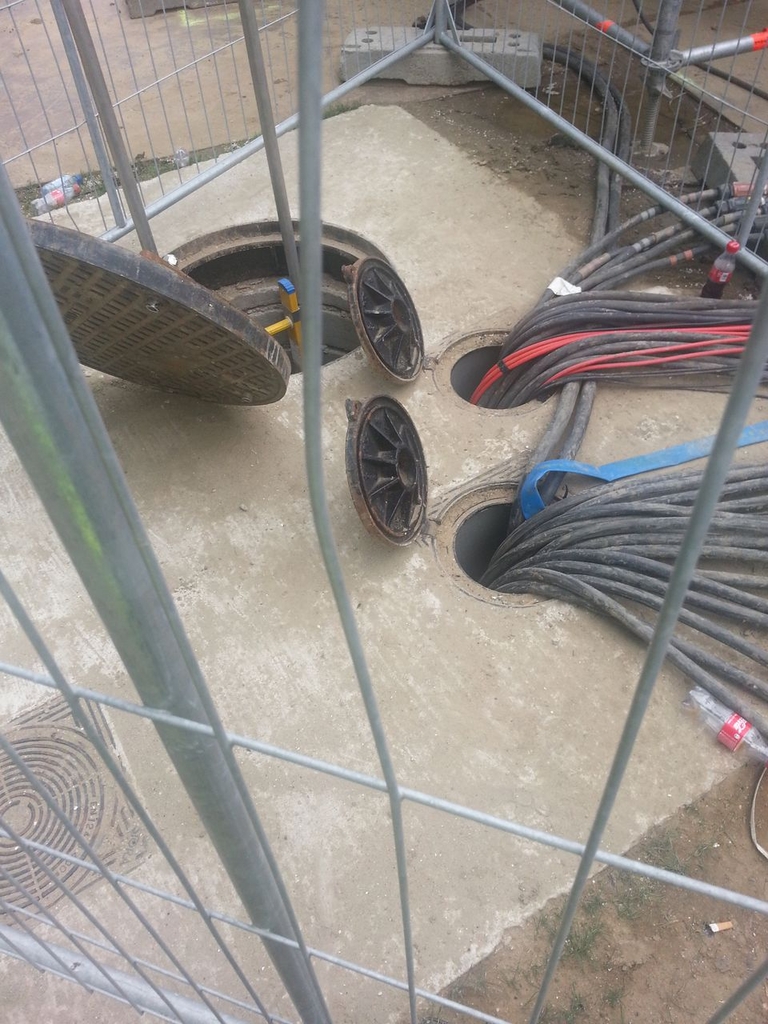 There is Random Shit Everywhere

A pair of mushrooms in a field. A palette of garden gnomes floating in a lake. A secret stage built into a cave. The Tomorrowland site is bursting with surprises, which adds to the fantastical vibe. Not a corner of this site has been left untouched or unconsidered. 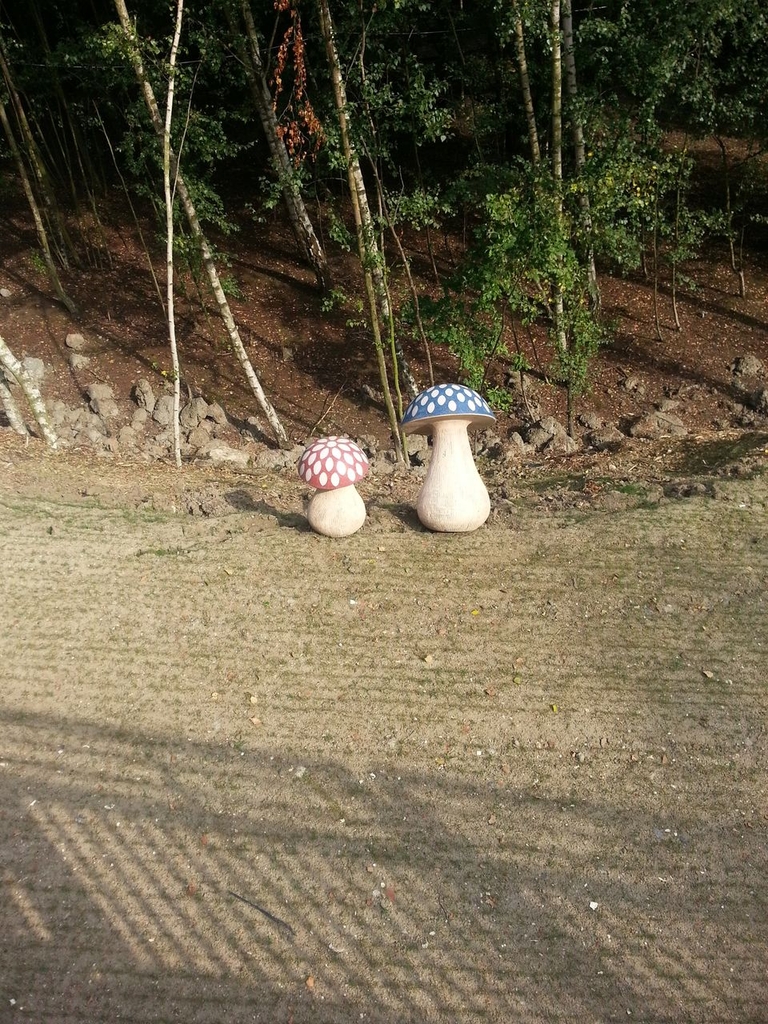 There is Flooring In Every Direction

Whether it’s paving, wood, or rubber, nearly all of Tomorrowland is covered, saving your shoes, your soles, and decreasing the possibility of a mud-out (hello, Governor’s Ball). Had we known that, we would have packed different kicks. 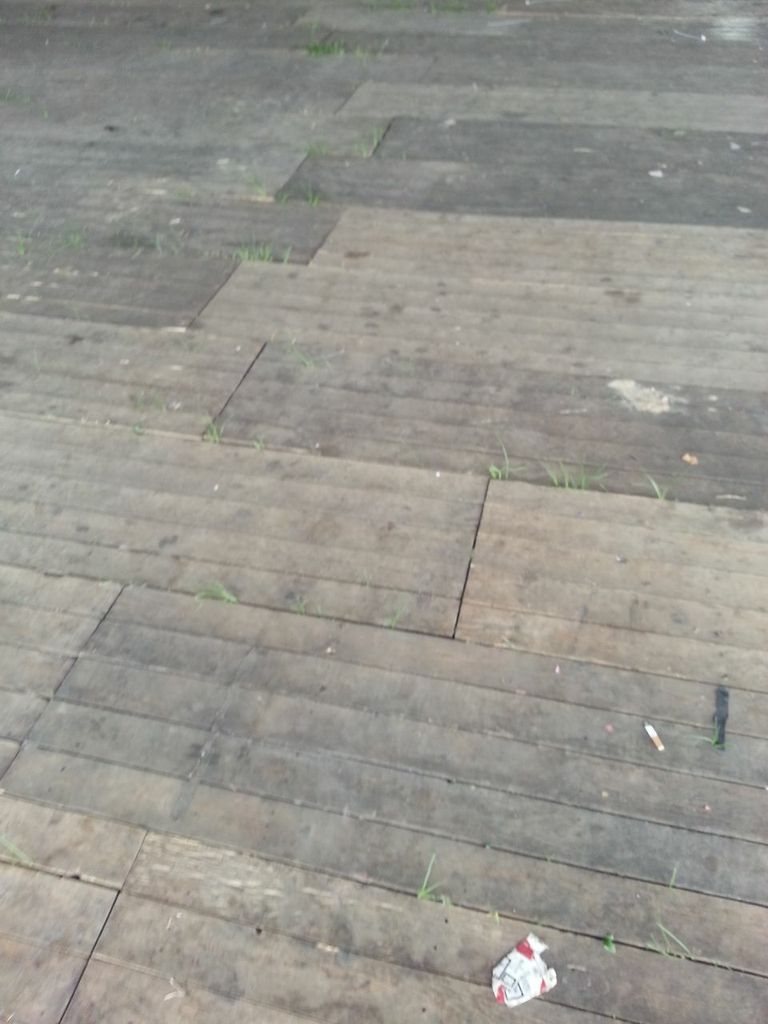 Carl Cox Will Play From a Liberace Butterfly

The Carl Cox & Friends Stage (which goes off today) is a massive orange butterfly embedded with mirror balls and resting on a light-up piano keyboard, like the one from the movie “Big.” It’s a strange combination of elements and totally campy. But we kind of like it. 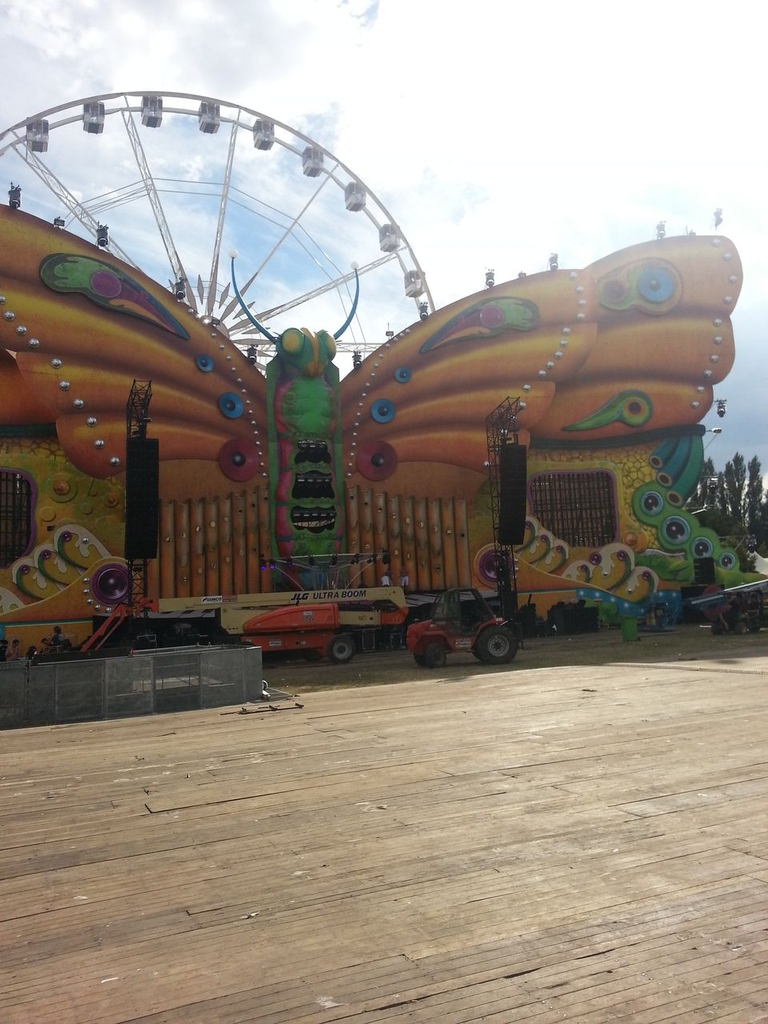 Afrojack Will Play On A Floating Stage Filled With Flowers

Celebrated Belgian floral designer Daniel Ost waited for the truckload of hydrangeas to blossom just so, before hanging them in bowls from the ceiling of this temporary stage, which is built over a lake (if you look down between the steel plates, you can see water). It not only looks beautiful; it smells it too, making Tomorrowland the first festival to truly involve all your senses (street meat stench doesn’t count). 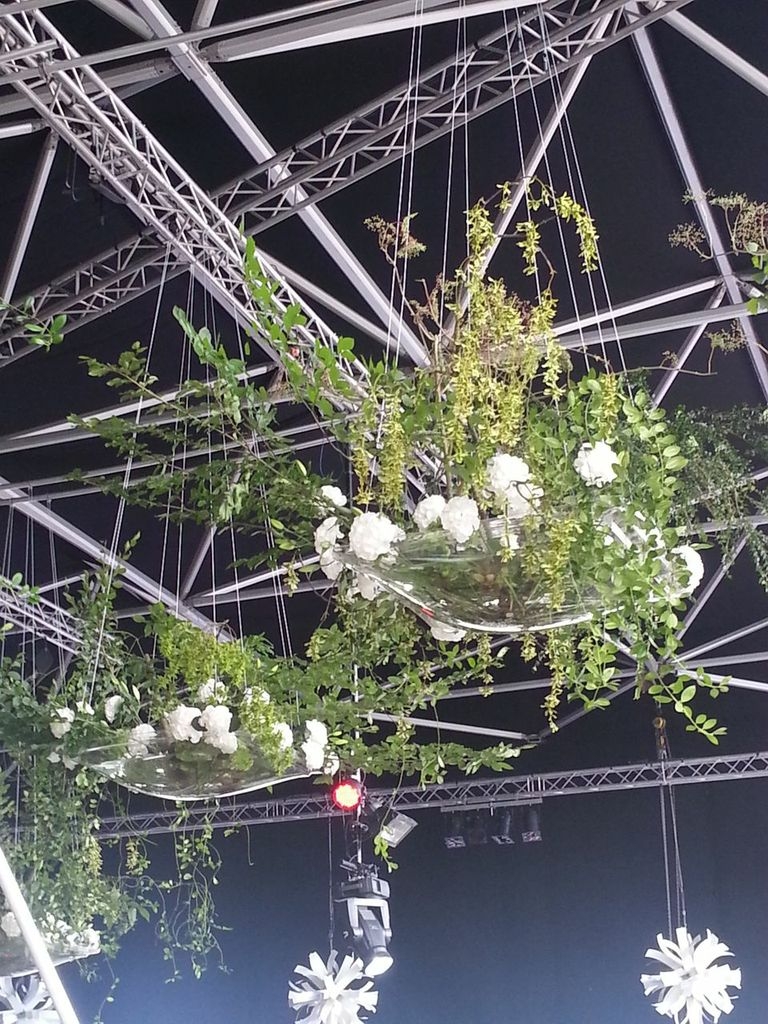 Headhunterz Will Play From An Evil Spider

As always, the Q Dance stage is intricate and threatening. This is not the kind of spider you don’t kill, we’ll say that. 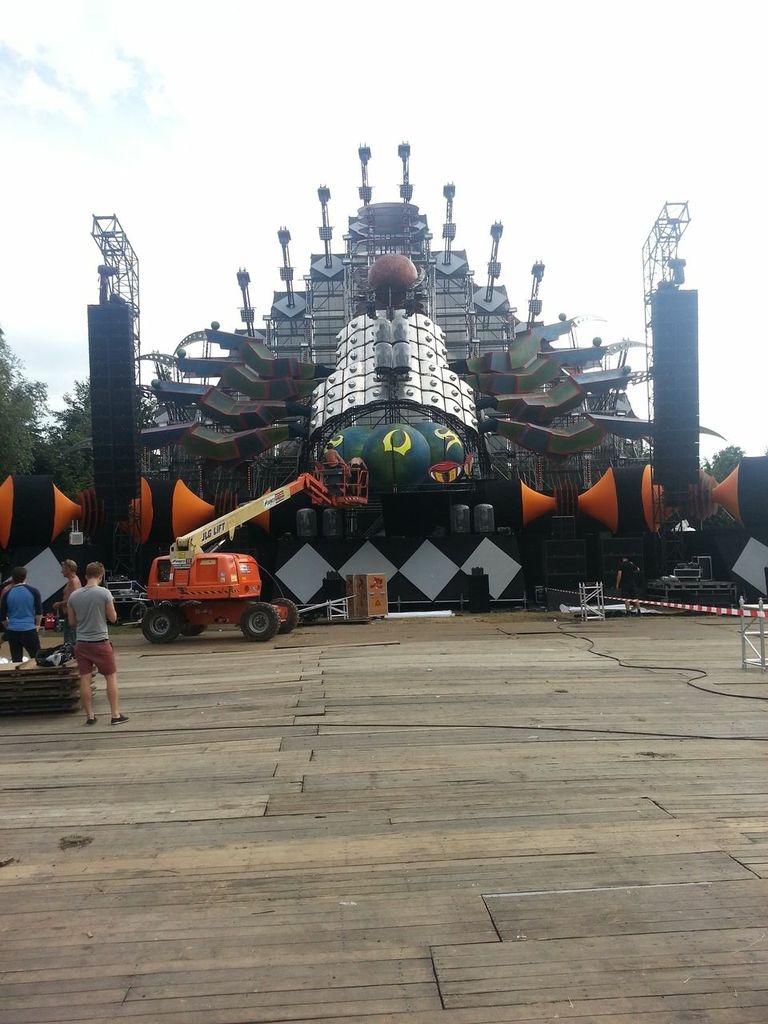 Tomorrowland Makes Its Own Bins

…and we think they should market the colorful bananas. 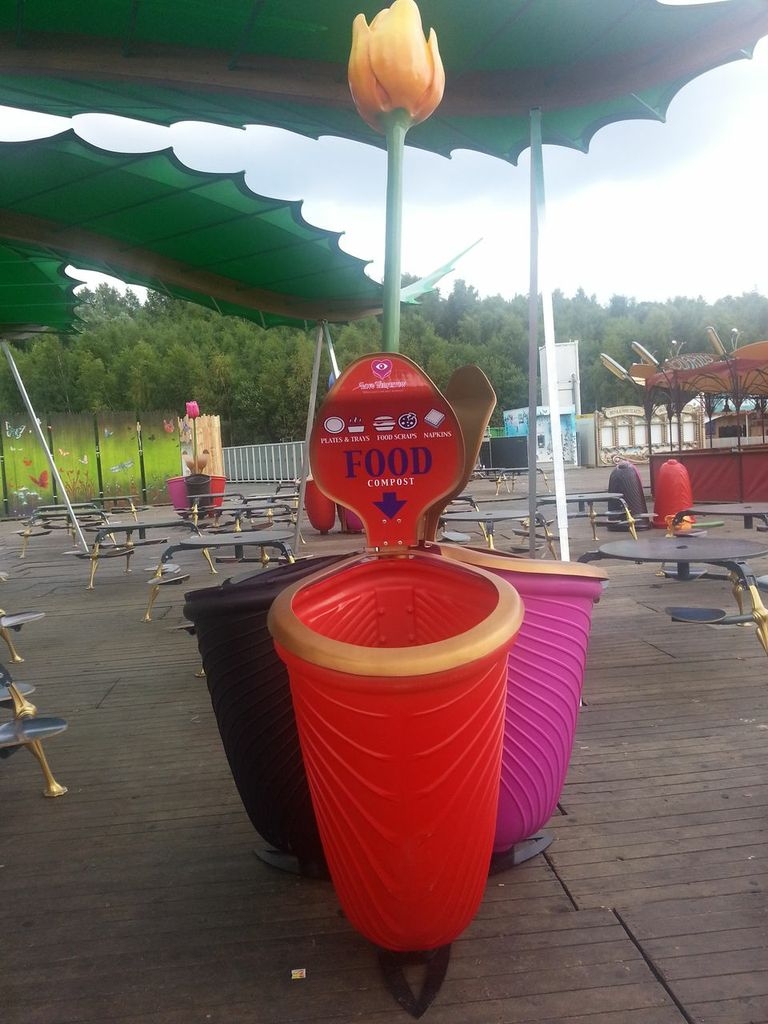 There’s A Library in the Market Area

…but we’re not sure what kinds of books will be sold or lent there. Who knows, maybe we’ll see a raver cuddled up with a copy of “War & Peace,” waiting to chin-stroke during the Jeff Mills set on Sunday. 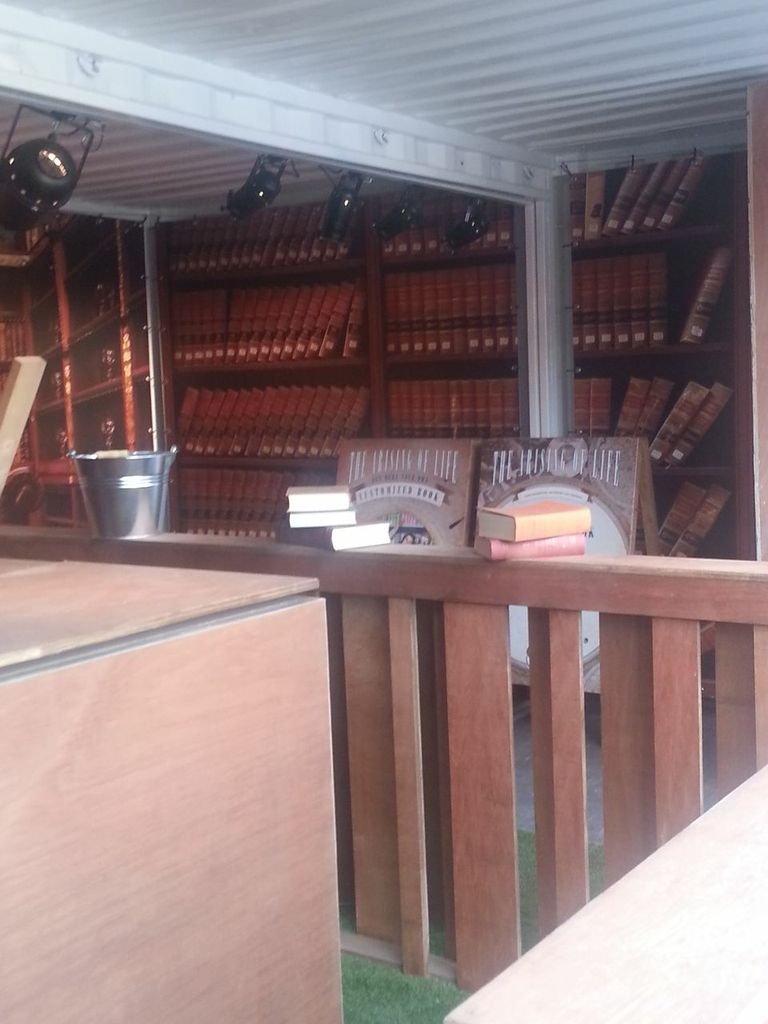 This Place is Pretty Brilliant

From the well-designed queue area to the massive food court to the design of the stages, Tomorrowland thinks of everything and then actually does it. We’re psyched to see it in action. Which reminds us, there’s a shuttle bus we have to catch…