Last month, Ultra Music Festival delivered the first round of names set to play their debut event on the island of Bali. Today, the festival juggernaut has completed the line-up for the inaugural edition of Ultra Beach Bali…and it’s big.

Skrillex and Alesso had already been announced as headliners, but Norway’s chief remixer Kygo has now been added to the bill, for what’s to be his first ever Asian performance. He’ll be joined by a mixed bag of new additions: Gorgon City, Fedde Le Grand, Sasha and Ansolo among them. Scroll down to see the full line-up, which will spread across six stages over two days.

Ultra Beach Bali will take over Seminyak’s Potato Head Beach Club on September 24 and 25. But if the full line-up has sold you on making the trip, there’s some bad news – the festival has already sold out for 2015, with all 10,000 tickets already snapped up. Though with Ultra CEO Russell Faibisch revealing that the touring festival has locked in a long-term contract in Bali – stating that he’s planning to turn the island into “THE exotic party paradise of Asia and Australia” – there’s always next year.

Ultra has also dropped the full line-up for their Japan event which, like Bali, has already sold out. Ultra Japan goes down over three days this month at Tokyo’s Odaiba Park, with big guns like Armin, Afrojack, David Guetta and DJ Snake on the bill. 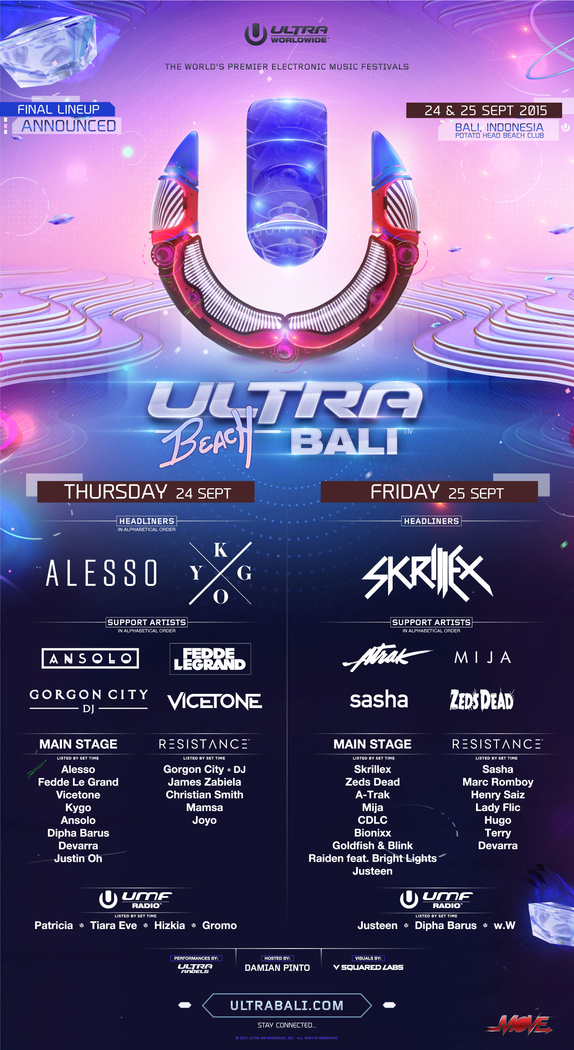