The first time inthemix interviewed Avicii, the Swede was 22-years-old and riding the success of his breakthrough single Seek Bromance. He was coming to Australia nestled halfway down a festival bill, hotly-tipped but far from famous. It was a time before Levels, before his debut album True hit #1 around the world on charts around the world and before Avicii became a crossover name, just as likely to be heard on commercial radio as a festival mainstage.

In 2015, Tim Bergling’s status as one of the biggest DJs in the world is indisputable and he’s currently finishing a second album that will, no doubt, propel him higher still. Now after taking six months off to recover from persistent health issues, Avicii’s back and Australia’s the first stop on his tour schedule. This weekend, the Swedish superstar will make his return to the stage at Future Music Festival, headlining the flashy Supernova mainstage in every city. In the lead-up to his big return, we got Avicii on the phone once more to reflect on just how far he’s come.

Hey Tim. Are you excited about coming back here for FMF?

Yeah, for sure. I can’t wait to get back to Australia.

Can you tell me what you have in store for the shows? I heard you and your team had been working on some new visuals?

I’m still waiting to see some of the final designs from the show guys, but I’ve seen a bunch of the new stuff they’re working on. It looks really next level compared to the stuff that I’ve done before, which was already next level. They’re some of the most talented guys in the industry. I’m really excited to see how that pairs with all the new tracks I have. I haven’t played anywhere for six months either, so I’m excited about playing again in general.

As you said these are your first shows back after a long break – was a lot of your downtime spent in the studio, working on new music?

A lot of time was spent with family and friends. I was really trying to work on taking some time off and stay away from music and stuff. If everyone around me had had it their way, I probably would have stayed away from music completely, for a while, to relax. But I can’t really do that more than a couple of weeks before I just get antsy.

But you’re working on a new album at the moment, aren’t you?

Yeah, I’m more or less finished with it.

Does that mean you’ll get to play some of it out when you’re here for Future?

Yeah, I’ll play some of it. I’m still trying to work a lot of the new stuff into a set environment. Some of the stuff I already played out before I took a break, then I was off for six months. There’s a lot of stuff from the last six months that I haven’t even played yet, which I’m excited and nervous about. 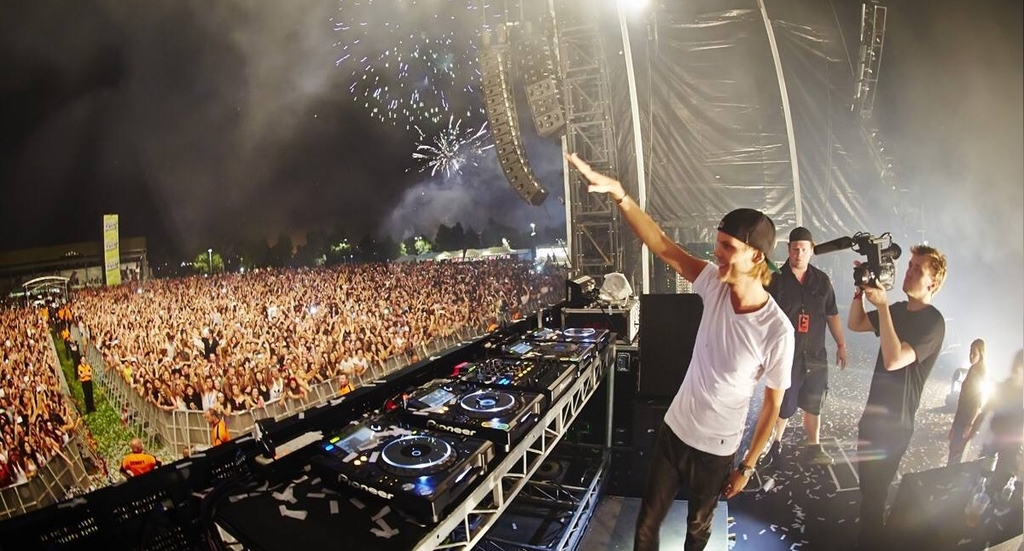 The last time you played Ultra you surprised everyone by showing off the new album – are you planning to do that all again this year?

I don’t know a hundred percent what I’ll do yet. I feel like I’ve already done that one show – I don’t think I’ll do the same thing twice. But I know I want to do something, because all the guys in my team have always tried to plan fun and weird shit for Ultra.

Is there a pressure to do something ‘woah’ on the Ultra Mainstage?

Yes and no. I think it kind of keeps us trying our absolute hardest every time – which we kind of do anyway – but it’s just a bit different. When you know that many people are going to write about it afterwards and the whole after process of Ultra is just huge. People around the world watch it.

With the True album, you really reinvented what a dance artist can do with a record and how they can incorporate new sounds and new genres – is that something you’re trying to do again on the new album?

It will be completely different. But then, I don’t know – it’s really hard to say if it’s going to be dominated by one certain sound or some other experimental genre that I’ve played around with.

I don’t know what it’s going to be one hundred percent yet, but I know that I’ve been around almost every genre in the past year and experimented with so many different sounds and a lot of different artists. There’s a lot of different collaborators, so many people involved. And it’s been one of the longest processes I’ve been apart of. Before this, I’ve always done things quickly – done, boom, out. Then I’ve been touring and tried to finish stuff when I’m on the road, but this time I’ve been off for six months and I’ve been working on the music the whole time. So there’s a lot of material.